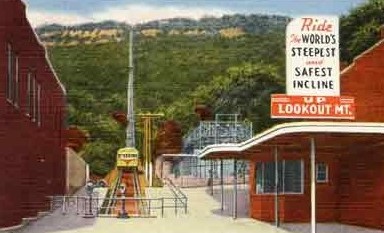 Following the Civil War Lookout Mountain began to be seen for its tourist possibilities. The four-hour round trip up the old Whiteside Pike which was a toll road, discouraged many people, and the two-dollar toll discouraged many others. However, many people were interested in visiting the peak, in part due to the "Battle Above the Clouds"that occurred on the mountain during The Civil War.

The Whiteside monopoly resulted in a lawsuit brought by one of Chattanooga’s liverymen who made his living transporting customers up the free road. The judge ruled that a property owner had the right to exclude anyone from his property.

This lawsuit is what prompted the building of Incline # 1. Several business men decided to purchase the land just under the point and build a hotel. The hotel would have the same view as the point and would be controlled by the investors. To reach the point, the investors planned to build a narrow gauge railroad from ST Elmo to the hotel. Their company was called Lookout Point Incline Company.

The group were granted permission to build a narrow gauge railroad from the hotel to Sunset Rock. The first Incline car reached the hotel on March 21,1886. The first cars were open air and held twenty three riders and had canvas curtains that could be unrolled to provide some protection in bad weather.

The Point Hotel itself was completed in May 1888 and provided a splendid view of Chattanooga. The hotel was five stories high, richly decorated and elegantly designed. The railway connecting the hotel to Sunset Rock used a saddle-tank engine and had one coach car to carry passengers from the hotel to Sunset Rock. At some point the narrow gauge engine derailed.

Even before the Incline # 1 was completed, a second group of investors formed another company calling it Chattanooga & Lookout Mountain Railway Company with what they considered a better form of transportation. Once it was built, it was called the Broad Gauge Railroad to distinguish it from Incline # 1

Work began in June 1887, and on January 20, 1889 the Broad Gauge was ready to begin carrying passengers to Lookout Mountain. The railway ran from the feeder line of the Union Railroad in Chattanooga along Guild Trail, under Incline # 2, over Incline # 1 past Ruby Falls, Point Hotel, Craven’s House then went south past the Georgia State-line, then went up the mountain to Lookout Inn. The ride was a fifteen-mile trip one way. Although the Broad Gauge had lots of riders they lost money every year they were in operation. The railroad shut down periodically because of financial problems.

In 1890 a group of out of town investors decided to build a hotel that would compete with the Point Hotel. The location was directly across from where Incline # 2 upper station would be built. The Lookout Inn Hotel was completed in 1891 with three-hundred and sixty-five rooms. The Broad Gauge ran directly in front of the hotel which was a direct line to Chattanooga. On November 17, 1908, the Lookout Inn Hotel was completely destroyed by fire.

In 1895 John T. Crass got an idea for an incline that would carry passengers directly to the top of the mountain. On November 16, 1895, the railroad known today simply as "The Incline" opened, rising up the steepest part of Lookout Mountain. Built by John Crass and the Lookout Mountain Incline Railway Company this marvel boasted an incline of 72.7% at one point, making it the steepest passenger Incline in the world. Money to build the Incline # 2 was donated by Mrs. Harriet Whiteside. Her son Vernon Whiteside became the Incline’s vice president, James L. Whiteside became a ticket agent and Claude Whiteside became a conductor.

Since it was first introduced the Incline # 2 has carried tens of millions of residents and tourist to the top of Lookout Mountain in complete safety. The Incline is shut down once a year for inspection and repairs.

By 1900 the success of Incline # 2 closed down all of its competitors. In July 1899 Incline # 1 closed down followed by the Broad Gauge line in April 1900. Both were sold for scrap.

On March 19, 1919, an accidental fire destroyed the upper station and one of the cars causing the Incline to close down for two years while they rebuilt, they also bought new cars at this time for the reopening. The new cars held thirty-two passengers and had heaters under the seats.

Originally the cars were made of wood and powered by huge coal-burning steam engines. Electric power was used after 1911, and it now uses two 100 horsepower motors that power the large drums that operate the cable. The cable is made by the company which supplied the cable for the Brooklyn Bridge. Today the Incline Railway still attracts people from around the world. Since 1895 the Incline has carried millions of riders up and down the mountain in complete safety. 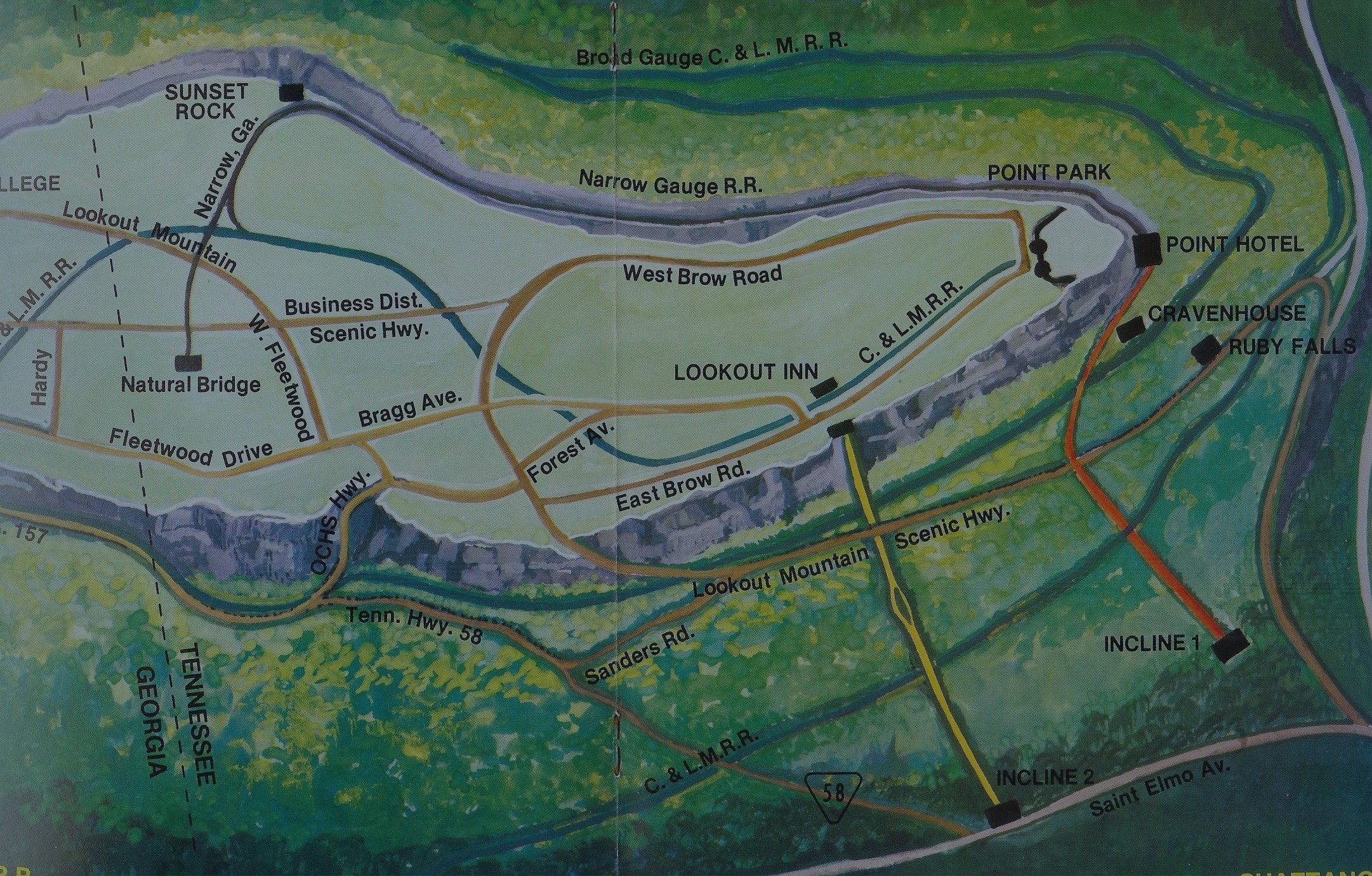 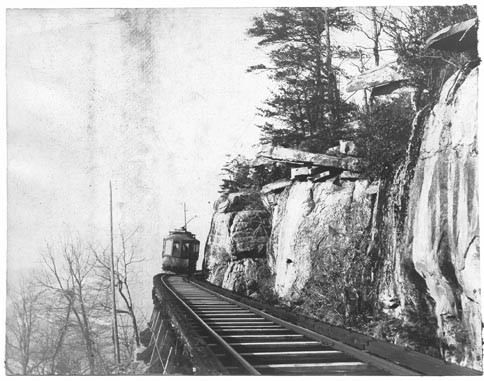 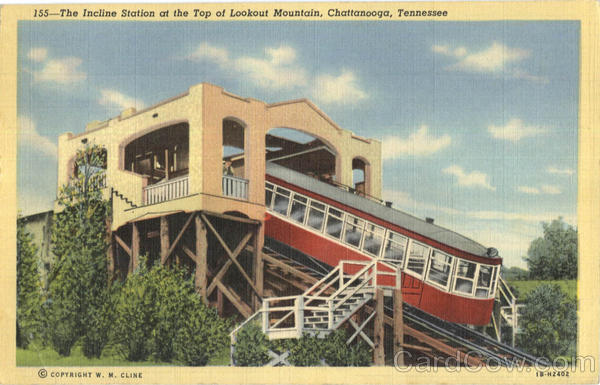 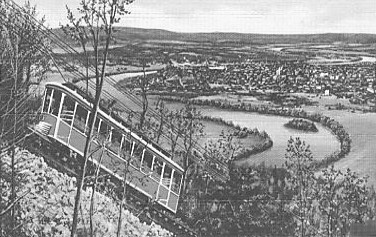 Incline #2 about half way 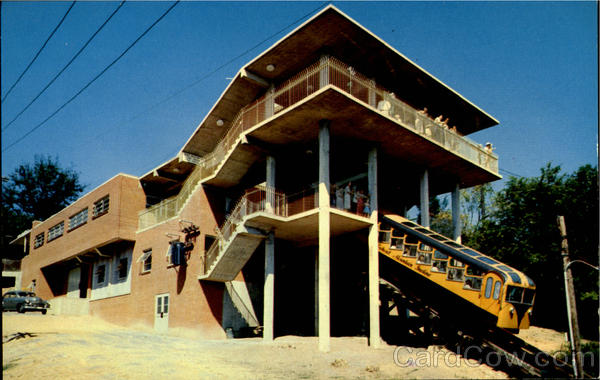 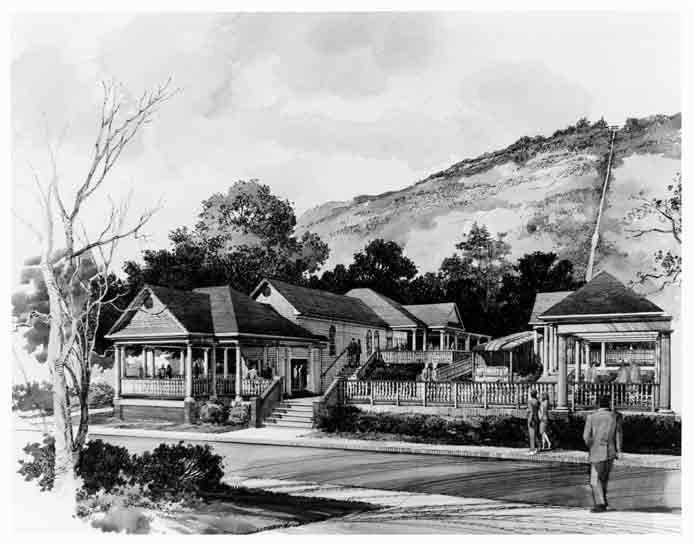 Artist drawing of what Incline #2  lower station would look like 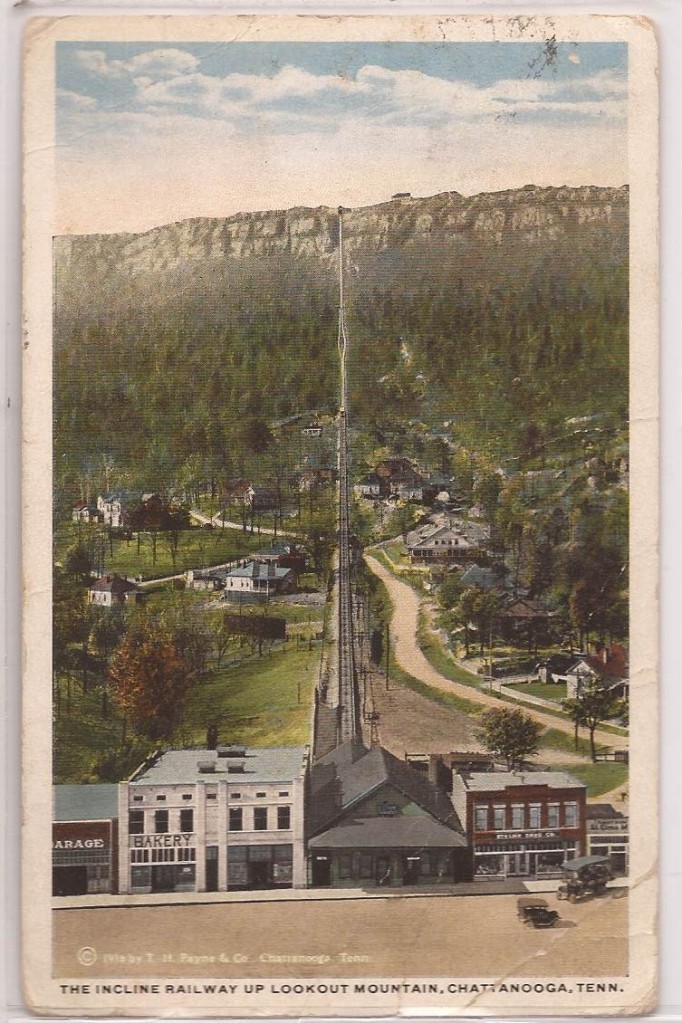 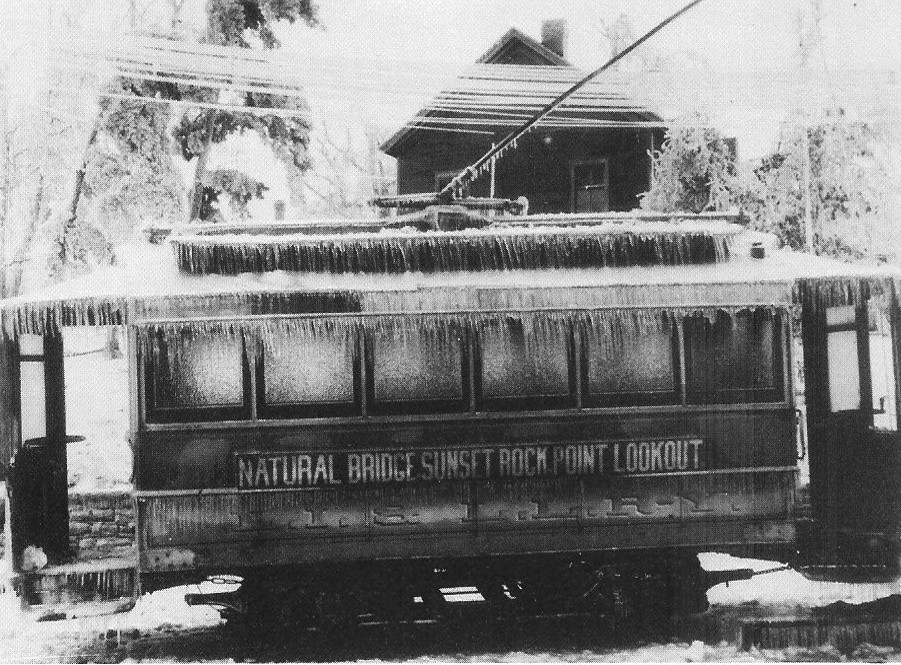 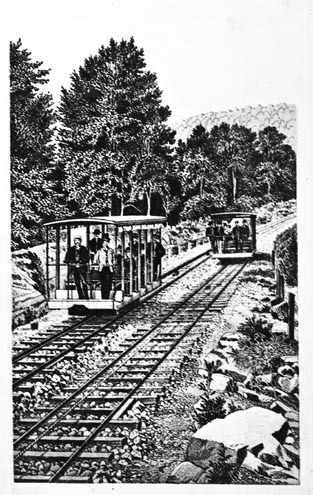